In the Hospital... We Make It All Work Together.

It is hard for me to believe but just this week Innovative Medical Systems (IMS) is celebrating its thirty year anniversary, as we officially opened the doors in February of 1988.  Boy, have a lot of things happened in those thirty years.  My three children, who were all under 8 years old at the time are now grown and we have been blessed with three grandchildren and another on the way.  In that time IMS has grown from 3 to 51 employees.   IMS started by marketing in the State of Michigan and today are doing business to one level or another in about half of the 50 United States.  Five years ago we moved into our fifth location and the first purpose built building.  Over those 30 years, IMS has been blessed with good times and we have weathered some bad times but overall we’ve seen 30 years of success and growth, more than I ever dreamed.

In 1987, it became clear to Dan De Jong (me), Ray Cebulski, and Jack VandenBroek (pictured above) that there was need for a company that was focused on supplying equipment and technology solutions to the medical marketplace.  So after much planning, thought and prayer the decision was made for the three of us to leave our former employer in January of 1988 and form IMS.

Our goal then was to create a different type of Medical Equipment Distribution Company.  A company that first of all was faith based and then one whose purpose was to integrate quality technical medical products into systems, trains the user and support (service) them after the sale.  All the while creating a workplace where employees would be treated fairly, with respect for the abilities that they brought to the company and provide them with a standard of living that they would be proud to look back on.  That is still who IMS is today!

The initial company charter of IMS was to integrate sensors, monitors, central stations and computer systems to provide data in real time to clinicians so they could make better and quicker decisions for patient care in an ever increasingly cost conscious medical environment.  Basically, working toward what we now know today as the Electronic Medical Record.  In the thirty years since, many things have happened that have changed the mix of products that IMS distributes and the geographical territory in which those are distributed.  However, even with all of the changes, the initial charter to provide the integration and support of equipment and software is still there.  One of the product distribution changes that occurred in the late 1990’s was almost catastrophic to IMS and certainly tested our faith in the direction that God had for the company.  We trusted, and through that experience IMS came out much stronger and better prepared for the future.

IMS has also been blessed with a group of dedicated employees that are truly a family. Our employees, both past and present, have had a big part in bringing IMS to what it is today.  Any company is only as good as the employees that faithfully carry the vision forward and IMS is no exception.  Our success these past 30 years is a testament to each and every one who carry out the vision of IMS every day.

To share in celebrating our 30th Anniversary, we invite you into our company by sharing exclusive blogs about our staff, videos, timelines and more. Watch our website for updates and we will share here as well. 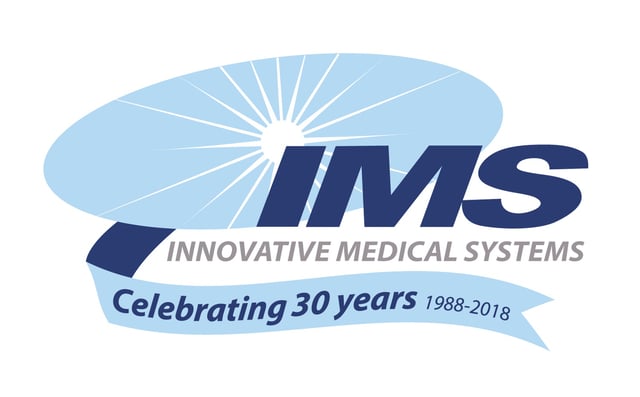 With an eye towards innovation, and the integrity to do the right thing, Dan De Jong, Director of Sales, has been one of the leaders at IMS for 30 years. Married to his wife Nancy for 44 years, Dan is a grateful grandfather, an avid bass fisherman and “car guy”. When not in the office, Dan can be found caring for his grandchildren and either on some lake on his bass boat or in his garage involved with any number of car restoration projects.

We are a high tech innovative company with “old school” principles and values. We believe a hand shake still means something in business

Have a question? Want information? Request a quote?