Why did you choose this branch of military service?    I thought it would be a challenge.

Did you come from a military family? My father served in WWII as a Navy ship-fitter.

What countries did you visit while in the service?         I enjoyed flyovers of beautiful  North and South Vietnam, Cambodia, Laos, while exchanging pleasantries with North Vietnamese anti-aircraft and surface to air missiles. I did 70 day periods in the Gulf Of Tonkin, where we alternated flying 12 hours at daylight one week. Then we would switch to 12 hours at night the following week, always working 12 hours on, 12 hours off.  Warm summer evenings and nights had us chasing truck convoys from China that resupplied the North Vietnamese. In between my 70 day periods, I got a chance to visit the Philippines, Hong Kong and eventually home.

Was there a favorite place you lived? Naval base Whidbey Island Washington is beautiful, plus I met my wife there. While there I was an instructor in the fleet replacement squadron and served with outstanding individuals.

What role did you serve within your branch of service? I flew medium attack A-6 Intruder aircraft.

What brought you to the decision to serve our military? The draft was in place and I signed up my junior year in college but decided to enlist instead so I could choose my own branch of service.

I think two years of military service should be a requisite for every young adult in the U.S. I think the discipline of military life, and the understanding of what it takes to keep our country free would be a great lesson for all generations.

What else do you want to share about your service? What has always impressed me has been the caliber of the individuals I served with in the military. I can only speak for naval aviation, but these were top notch people from the technicians who maintained the aircraft to the individuals I flew with. I would expect that with the increased sophistication of warfare the individuals who serve these days are as bright or brighter than ever before and should be respected as such.

Why did you choose this branch of military service?  I always wanted to be either on a submarine or ship. Plus I wanted to see more of the world.

Did you come from a military family? I have a brother that served in the Navy.

What countries did you visit while in the service?  I visited Japan, South Korea, Philippines, Thailand, Singapore, Hong Kong, Guam and Taiwan.  Also Hawaii even though that is part of the U.S.

Was there a favorite place you lived? I was stationed in San Diego, always nice weather!

What role did you serve within your branch of service?  I was a Communications Technician and Radioman.  I served on the U.S.S. Chicago, a guided missile cruiser.

What brought you to the decision to serve our military?  This was always something I wanted to do.  I had a hard time deciding between the Air Force and Navy, but thought I would see more of the world in the Navy and thought it would be cool to serve our country. 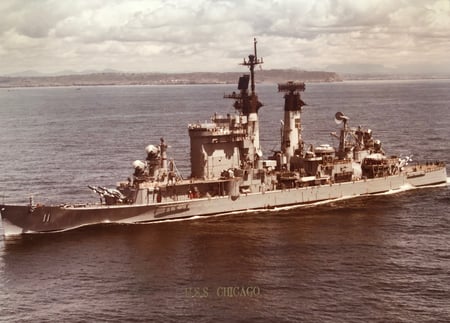 What was the biggest lesson learned in the military?  You learn discipline very quickly.  If you don’t do what you are told, you will be in big trouble!

Do you still have habits that were part of your military life that are part of our everyday life?  Ever since I joined the military, I never have had trouble getting out of bed in the morning!  And I am never late for an appointment!

What advice do you have to the youth in our country about serving in the military?  Do it!  I think a year or two in the military would be good for most men and women in today’s society.

What countries did you visit while in the service? France, Spain, Portugal, Italy and Africa.

Was there a favorite place you lived? I spent all four years at Camp LeJeune, NC.  I made a lot of good friends there.

What role did you serve within your branch of service? Cannoneer.  I shot 155 mm Howitzers. I was the “Gunner”.

What was the biggest lesson learned in the military? You can do anything.

What advice do you have to the youth in our country about serving in the military? I think more kids should serve as they would gain a better understanding of what they are truly capable of achieving.